MOSCOW, June 24 (RIA Novosti) - Russia must be ready to fight wars in the Arctic to protect its national interests in a region that contains large and untapped deposits of natural resources, a high-ranking military official said in an interview published Tuesday.

"After several countries contested Russia's rights for the resource-rich continental shelf in the Arctic, we have immediately started the revision of our combat training programs for military units that may be deployed in the Arctic in case of a potential conflict," Lt. Gen. Vladimir Shamanov, who heads the Defense Ministry's combat training directorate, told the Krasnaya Zvezda (Red Star) newspaper.

Under the Law of the Sea, coastal states can declare an Exclusive Economic Zone stretching 200 nautical miles (370 km) from the shore, but this area can be extended if it is a part of the country's continental shelf or shallower waters. Some Arctic shelves extend for hundreds of miles, creating the possibility of overlapping territorial claims.

Last August, as part of a scientific expedition, two Russian mini-subs made a symbolic eight-hour dive beneath the North Pole to bolster the country's claim that the Arctic's Lomonosov Ridge lies in the country's economic zone. A titanium Russian flag was also planted on the seabed. Russia first claimed the territory in 2001, but the UN demanded more evidence.

The expedition irritated a number of Western countrie particularly the U.S. and Canada.

The general said wars "are won or lost long before they start" and combat training was crucial for the success of any future military operations.

"The Americans, for example, recently conducted the Northern Edge 12-day large-scale exercise in Alaska, involving about 5,000 personnel, 120 aircraft and several warships," Shamanov said, adding that Russia could not ignore such a show of military force near vital Arctic regions.

He said the Defense Ministry would drastically change its approach to the combat training of highly-professional military units in the Leningrad, Siberian and Far Eastern militarydistricts, which could participatein potential conflicts in the Arctic.


He also said two expert groups in his directorate were closely studying combat training models based on computer-assisted combat simulations that have been adopted by some foreign militaries.

"We may propose to the defense minister setting up a company-level fully computerized training center at one of the former testing sites," the general said.

Russia's General Staff is planning to determine the new composition and size of the Armed Forces by the beginning of July.

Meanwhile, the Defense Ministry has already announced plans to expand the presence of the Russian Navy in the world's oceans, including the Arctic, and extend the operational range of submarines deployed in the northern latitudes. 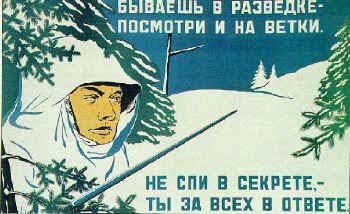